Carol is a parent, a scientist and a lawyer. She was born in Nova Scotia and has lived for 24 years on the Westside with her husband Carl. They have 6 children and 12 grandchildren.

Carol has the qualifications to serve. She has been involved in community activities her whole life. She served in her first mock parliament as a teenager attending Mount Saint Vincent University in Halifax. She obtained her M.Sc. from UBC in 1961. She did research at McGill University and at Harvard, putting her two science degrees to good use. Her mentor, Konrad Bloch, won the 1964 Nobel Prize for medicine. In 1992 she went back to school at the University of Saskatchewan for her law degree and was admitted to the Alberta Bar in 1996. She was president of the University Women's Club in the Richelieu Valley, Quebec and in Saskatoon, as well as Environment Chair for the Provincial Council of Women in Saskatchewan.

Carol was elected to the new District of Westside municipal council in 2007, and re-elected to the renamed municipality, City of West Kelowna, in 2008. She has since served with honesty, dedication and enthusiasm throughout 5 terms as West Kelowna City Councillor. With your help, she hopes to be able to add a 6th term to those achievements.

Carol was appointed by Council to the Board of Trustees of the Okanagan Regional Library. The Board is responsible for 29 library facilities and governed by 25 elected members. In 2012 she was elected Chair by her fellow trustees. During her term a new strategic plan was adopted and implemented, and a “Value for Money” report completed. 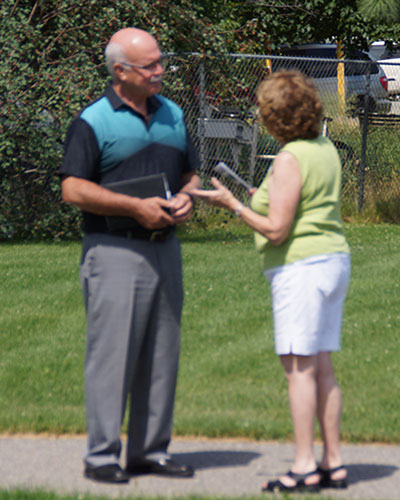